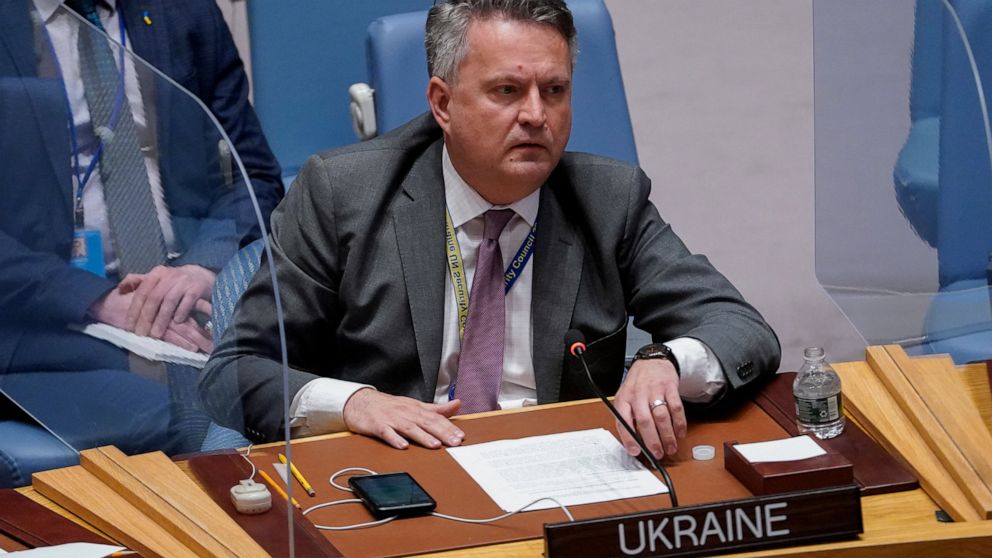 
UNITED NATIONS — U.N. Secretary-General Antonio Guterres appealed on Tuesday for a halt in fighting in Ukraine during Orthodox Christians’ Holy Week, invoking Easter to plead for a four-day “pause” to allow humanitarian aid and evacuations.

Noting that the Easter season is coming amid an intensifying Russian offensive in eastern Ukraine, the U.N. chief said the need for a cease-fire is all the more urgent.

“The onslaught and terrible toll on civilians we have seen so far could pale in comparison to the horror that lies ahead. This cannot be allowed to happen,” he told reporters, urging Russians and Ukrainians “to silence the guns and forge a path to safety for so many at immediate risk.”

He suggested the pause begin Thursday, which is Holy Thursday for Orthodox Christians, who make up the majority of Ukraine’s population.

Guterres said the goal is to open “ humanitarian corridors ” so civilians can escape embattled areas and more humanitarian convoys can get in, particularly to Donetsk, Luhansk and Mariupol in the eastern region known as the Donbas — the focus of Russia’s current offensive — and Kherson in the south. More than 4 million people in those areas, and 12 million nationwide, need food, water, medicine or other assistance.

“I really don’t know what’s the point of entering in the game with Ukrainians on such issues,” Polyanskiy said. He maintained that Russia has offered to create humanitarian corridors, but Ukraine didn’t use them or misused them.

Ukraine has repeatedly accused Russia of hindering efforts to create such safe routes and of cease-fire violations that prevent their implementation. In his nightly video address Tuesday, Ukrainian President Volodymyr Zelenskyy said Russian forces were “blocking any attempts to organize a humanitarian corridor and save people” in the besieged port city of Mariupol.

The U.N. humanitarian chief, Martin Griffiths, traveled to Ukraine and Russia earlier this month to try to gauge the potential for a cease-fire and emerged saying he wasn’t optimistic.

But Griffiths suggested Monday there could be “some ripeness” for a cease-fire as the Orthodox Easter holiday approaches Sunday. He broached the idea Tuesday with the Ukrainian Council of Churches and Religious Organizations, an interfaith group, Guterres said.

“The four-day Easter period should be a moment to unite around saving lives and furthering dialogue to end the suffering in Ukraine,” Guterres said.

The proposal comes after the U.N. recently helped to foster a two-month truce in Yemen’s civil war. The truce took effect as the Muslim holy month of Ramadan began.

The U.N. let Russia and Ukraine know before Guterres went public with his appeal Tuesday, spokesperson Stephane Dujarric said. As for its prospects, “We are always hopeful,” he said.

Mexico, France, Britain and some other U.N. Security Council members embraced the proposal later Tuesday at a meeting focused on the 12 million people who have fled their homes during the war, by the U.N.’s count. About 5 million have gone to other countries, and the rest to different areas within Ukraine.

The U.N. says it has helped over 2.5 million people in Ukraine so far, including some who were displaced from other parts of the country. The organization is also helping refugees who fled across borders.

But “no pile of blankets, no sum of cash, no amount of medicine, is going to halt the death and destruction,” said Kelly Clements, the U.N.’s deputy high commissioner for refugees.

“So while we will continue our job to deliver aid, we need this council to do its job, too,” she said, calling on members “to put aside your differences and find a way to end this horrific and senseless war.”

Designed to be the U.N.’s most powerful body, the council has held a flurry of sessions on Ukraine since Russia launched its offensive Feb. 24 while the council was meeting to implore Moscow not to invade.

For all the talk, the council hasn’t been able to take any action. Russia vetoed a proposed resolution demanding that its troops withdraw. Then the council defeated a Russian resolution that acknowledged Ukraine’s humanitarian needs but made no mention of the invasion.

Still, the United States and its supporters on the council say the continued sessions are keeping pressure on Russia and isolating it on the international stage.

The larger U.N. General Assembly, meanwhile, has voted to demand that Russia stop the war, to blame Russia for the humanitarian crisis in Ukraine and urge an immediate cease-fire, and to suspend Russia from the U.N. Human Rights Council. Assembly resolutions can be influential statements of global opinion but don’t have aren’t legally binding, like Security Council actions.