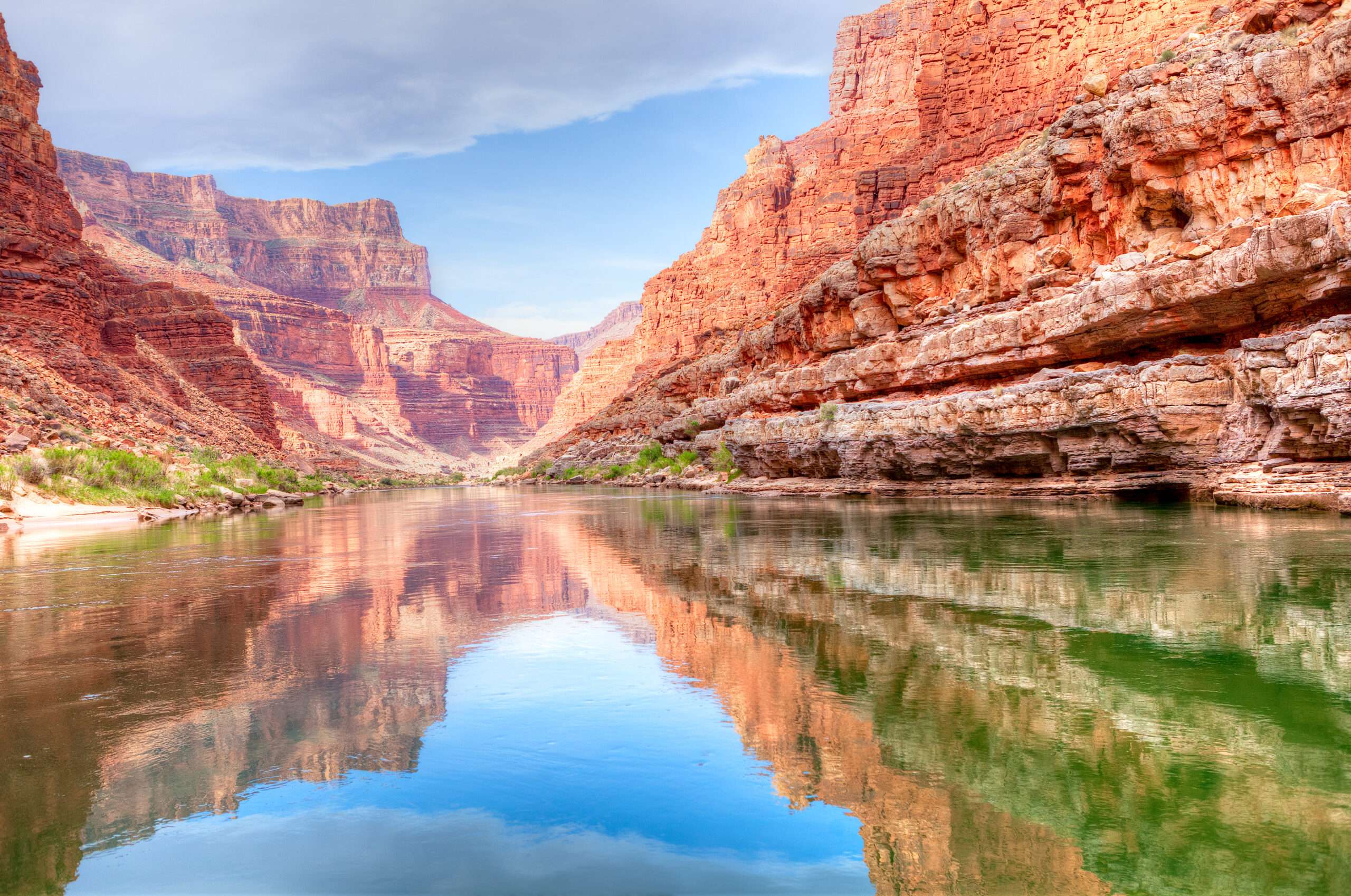 In early January, the unthinkable happened for hundreds of households in the Rio Verde suburb of Phoenix: Their water was cut off. Families in the cactus-pocked desert foothills were forced to skip showers, use paper plates, and haul laundry elsewhere. The nearby city of Scottsdale had supplied water deliveries to the community for years, but officials there decided they had to conserve more water to serve their own residents.

Amid historic western water shortages and a 20-year drought, for years some have expressed interest in helping meet demand for water where there is not enough to go around: Native American tribes. The reality, however, is that outdated federal law prevents many tribes from leasing their water off reservation.

Earlier this month, President Joe Biden signed legislation backed by Sens. Mark Kelly (D-Ariz) and Kyrsten Sinema (I-Ariz) that grants the Colorado River Indian Tribes authority to do something that many other Americans can: lease their water rights to others. While the law is welcome progress, Congress should act now to give all western tribes full authority over their water rights. Native Americans deserve that authority on principle. More practically speaking, it would allow them to realize the full value of their rights while helping off-reservation water users who would be willing to bargain for more of the increasingly scarce resource.

Forty million people across seven states rely on the Colorado River to drink, bathe, wash, irrigate, and use water generally. The U.S. Supreme Court has held that reservation treaties nominally granted Native Americans some of the oldest rights to the river’s water. But treaties did not quantify or codify those rights, leaving them unclear and unenforceable for decades. Some tribes have successfully used courts and subsequent negotiations between the federal government, states, and other water users—a process that takes 22 years on average—to quantify and gain meaningful access to their rights.

Today, western tribes collectively hold “paper rights” to roughly a quarter of the Colorado River’s annual flow. Those rights, however, remain severely limited. For one thing, many tribes lack the proper infrastructure to divert and harness the water that is rightfully theirs, meaning that it is effectively lost to them, used up by others downstream. Moreover, most tribes are still barred from leasing water off reservation—to a thirsty urban area in the arid West, for instance. So while many other westerners can strike deals to lease their allotments elsewhere, many Native Americans lack this basic aspect of property rights.

Mother and father of Six-Yr-Previous Virginia Scholar Who…

In Southern California, for example, the water supplier for Los Angeles and other cities has paid nearby farmers $180 million for water since 2005. The farmers voluntarily cut back on their irrigation, temporarily fallowing some of their cropland, and city users happily stump up with payments that keep residential taps flowing freely. Water goes to its highest-valued use in the region because markets are allowed to function, producing win-win trades.

Notably, some Native Americans object to trading water due to religious or cultural beliefs. But it’s long past time for the government to give tribes the option to decide for themselves whether to pursue the economic benefits that leasing could yield. A Property and Environment Research Center report by water researcher Leslie Sanchez found that tribes in the Colorado River Basin “may be forgoing $563 million to $1.3 billion annually, or between $3,200 and $7,300 per person” living on those tribes’ reservations.

The other major objection to allowing tribes to lease their water comes from an obvious source: people who are worried they’ll have to pay more for water that currently flows downstream to them because tribes cannot put it to use. But there is no valid reason that, absent one-off congressional approval, tribes are prohibited from leasing their water in the same sort of manner that some western farmers do.

The recent legislation pushed by Arizona’s senators allows the Colorado River Indian Tribes, a group of four tribes on a single reservation, to lease its water to others. The group holds some of the most senior and significant rights to Colorado River water. “Since time immemorial,” Chairwoman of the Colorado River Indian Tribes Amelia Flores told a U.S. House subcommittee in 2021, “the river has sustained us. I am here today to tell you that we are committed to helping to support the river that has provided for us, and we have water to offer for this effort.” But, as Flores noted at the time, “We lack the authority to lease water because of the prohibitions in the 300-year-old Indian Trade and Intercourse Act. Without the right to lease our water, we can do little to directly assist communities in Arizona or our neighbors on the river, who may face drastic water shortages in the coming years.”

The Colorado River Indian Tribes can now help supply water in this time of shortages, which appears to be a new normal. But three centuries is far too long for Congress to wait to fix paternalistic federal laws that continue to strip numerous other Native Americans of their rights.